"We are not allowed to choose the frame of our destiny, but what we put in it is ours."

The artisans of the past wishing to express their virtuosity have transformed the art of framing in a beautiful art creating ornaments inspired by natural forms.

Although it is a rather difficult art to perform, it is not endangered and there are still today carvers and gilders capable of constructing picture frames. The picture frames can be cut using a band saw, which is generally used to give shape to complicated interweaving of leaves that arise from the overlapping arrangement of several layers of wood that are used to give multiple thicknesses to the ornament. Once pierced, the ornate design can be carved and engraved by means of gouges and chisels. The carving of the frame is an art that requires great manual sensitivity, dexterity, coordination between sight and hand and great sense of proportion.

Frames for paintings, as well as frames for mirrors, before being carved need a preparatory design that greatly reduces the difficulty of the carving of which you can predict the balance even before it has begun.

Frames for paintings are generally made from four wooden sides held together with the corners by joints and glue. The shape of the frames for paintings, more often rectangular, can also be hexagonal, octagonal or oval. All picture frames have a common feature: they are made in such a way as to be able to receive a painting frame on the back. Generally the paintings have a frame that has a variable thickness between 1.5 cm and 2.5 cm. Only when the paintings are extremely large can the thickness measure up to 4 cm. After the 4 cm thick already it would not be painted on canvas but painted on a table.

The old painted tables, in fact, are composed of a group of tables one centimeter high on the back of which are applied a series of uprights designed to keep the painted plates cohesive. It is precisely these uprights that oblige the frame to strike at such a high thickness.

The frame of the mirror frames (commonly called mirrors), are very similar in the frame structure to the picture frames, except that the measure of their bar is certainly lower and almost never exceeds one and a half centimeter thick, given that almost never a mirror can overcome this dimension even if it is big and ground.

The octagonal, hexagonal and oval frames do not always maintain this shape even on their exterior. Sometimes for these models there is the so-called centina, that is a flat surface, then variously carved and gilded, which specifically delimits the oval, hexagonal or octagonal framework, but which, in turn, possesses an external rectangular or square shape, depending on the size of the painting, it will be framed by a square or rectangular frame with the same characteristics as the frames described above.

The rib, therefore, serves, incorporated into the frames, to frame paintings of various shapes, leaving the linearity of the square or rectangular external framing. 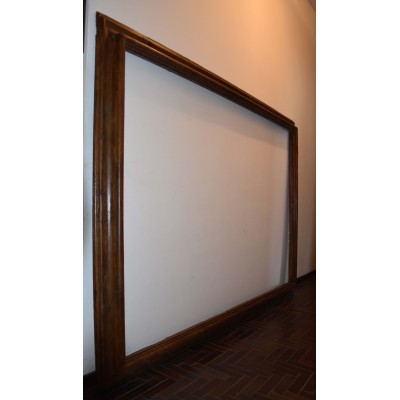 The shaped wooden frame has a medium brown colour. 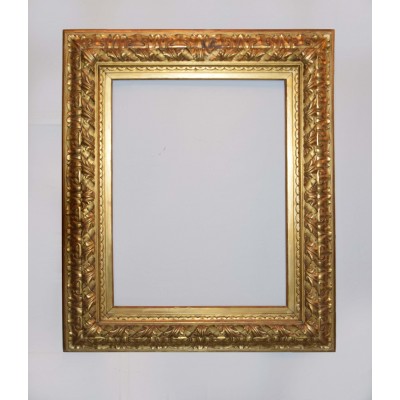 The frame is carved in wood coated with pure gold gilding. 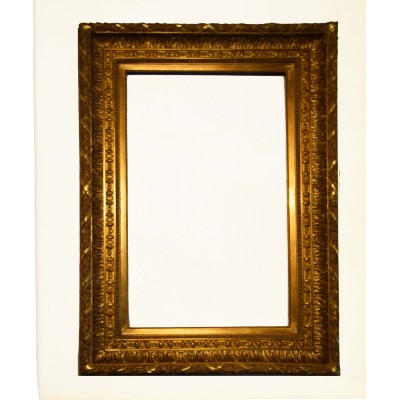 Frame with an internal... 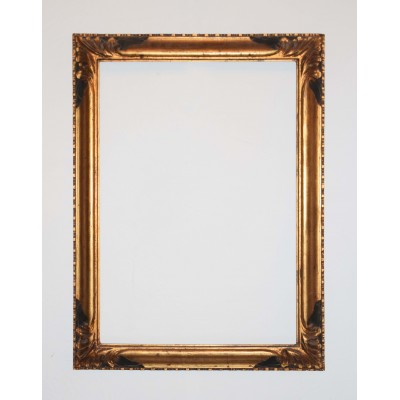 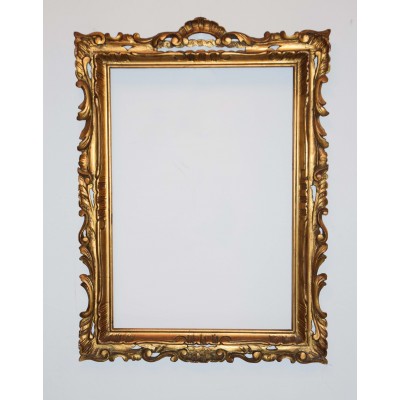 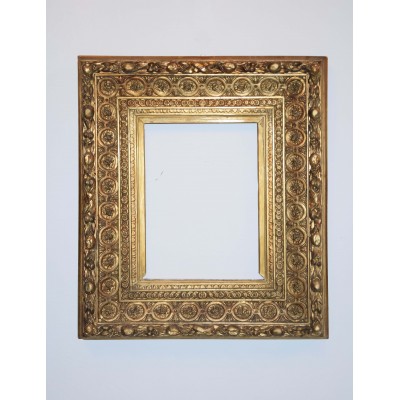 Frame with wooden frame with carved decorations on the whole surface. 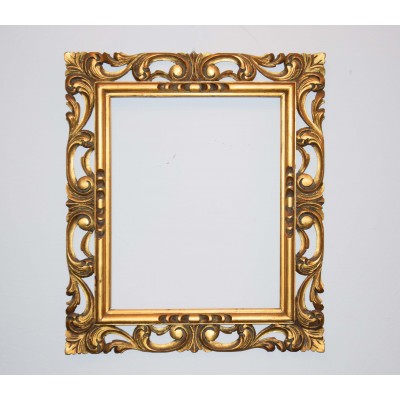 Frame carved in wood with...

This frame is carved in wood with gilding antique patina as a coating. 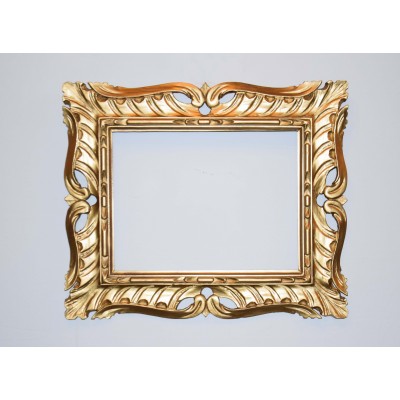 Frame carved in wood with...

The frame is carved made of wood with gilded antique patina as coating. 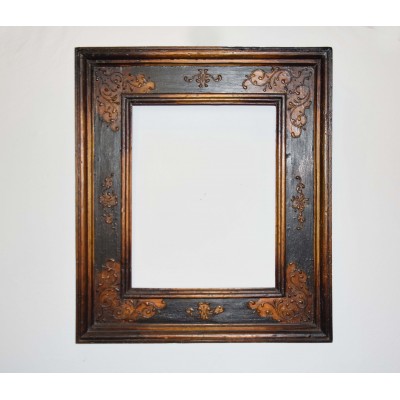 The wooden frame has decorations in stucco putty in gold on a blue background.