The desk is a piece of furniture that varies in shape and size, it consists of a horizontal shelf, a particular table that is used as a support to write or work on it.

In the Middle Ages it was made up of two parts: where it was necessary to write and the lectern.

Substantial changes were made in the fifteenth and in the sixteenth century, when drawers were added that were inserted at the sides.

Its shape underwent a few variations from the first half of the nineteenth century.

Its diffusion increased after the second world war because of the new jobs in the offices. 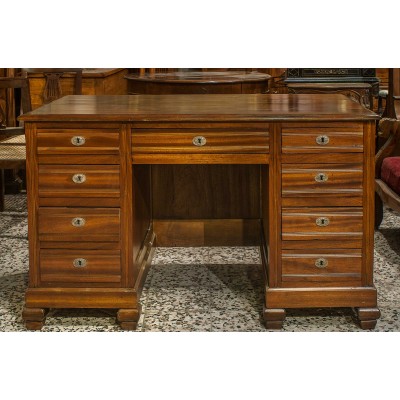 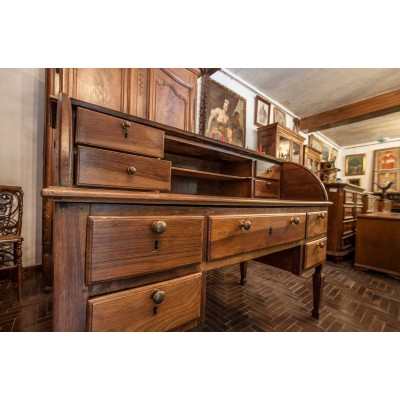 The furniture is a desk cylinder with roller door and drawers. The back is completed also with refined panels, as it is considered to be in the...