"Di Bisanzio remembered a monumental clock in the market of Gaza, described in the seventh century by Procopius, decorated in the gilded by a head of Gorgone that rolled his eyes at the stroke of the hour.There were twelve windows that marked the night hours and twelve gates that opened hour by hour when a statue of Helios passed and Heracles emerged crowned by a flying eagle. "

Umberto Eco from History of the Land and Legendary Places

The watch, as an object of common use, has often assumed an important artistic and symbolic value. Since the beginnings of watchmaking, the boxes were more or less richly decorated, and sometimes the interior was also in order to exalt the fascination of precision mechanics.

The table clocks could be contained in precious materials, gold, silver, bronze, lacquered and inlaid boxes, while the pendulums were enclosed in refined wooden furniture decorated, with a window that highlighted the motion of the pendulum. Even the tower clocks were not far behind.

A notable example is the famous clock of Piazza San Marco in Venice, built starting in 1493 by Giancarlo Ranieri. At the toll of the hours, two mechanical statues (called Mori for the dark color due to the material) bow to the Madonna and hit the bells with a hammer.

In addition to the hour it also indicates astronomical information such as the position of the planets, moon phases and the position of the sun in the zodiac. Also worthy of mention is the building containing it and the refined dial, 4.5 meters in diameter. The current mechanism derives from restorations made in the 18th century.

Another important clock, famous for being the largest astronomical clock in the world, is that kept in the bell tower of the Cathedral of Messina, in Sicily, 48 meters high at the tower and 60 meters at the cusp. Built in the 1930s by the Ungerer company in Strasbourg at the behest of the Archbishop of Messina, mgr.

Angelo Paino, presents numerous mechanical automata that recall the most important moments in the civil and religious history of the city and that every day, at noon, come alive.

The watch also has a large globe indicating the phases of the moon, a perpetual calendar and an astronomical calendar that faithfully reproduces the positions of the planets in relation to the various constellations. 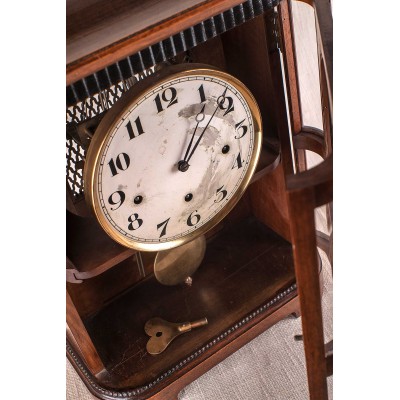 The clock is a pendulum with the furniture built with an opening panel on the front, with cut glass parts. 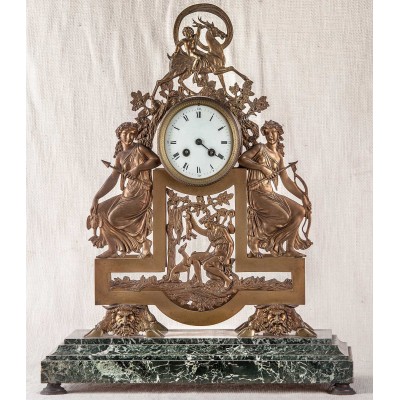 The clock sits on a bed of green marble with light veins. The bronze part consists of a rich sculptural framework praising Diana the Huntress... 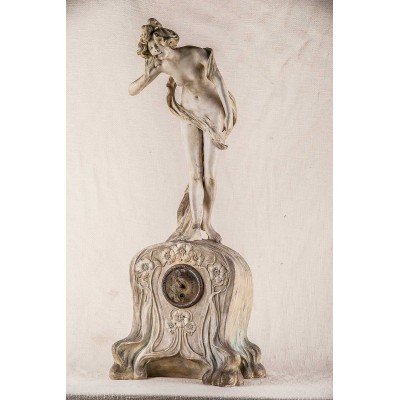 The sculpture is in white biscuit porcelain with pale green glazes. The sculptor (Honyer as signature on the back) has a safe and soft hand as...