"A man, if he possesses true wisdom, knows how to enjoy the whole spectacle of the world from a chair, without knowing how to read, without talking to anyone, only with the use of the senses and with the soul that does not know how to be sad."

Fernando Pessoa from The Book of Unrest, 1982 (posthumous)

A long and narrow wooden board that rests on two vertical axes: here is the chair's ancestor, the bench. Even if its origins are lost in the mists of time, even today the bench (or bench) is built, although not so crude and primitive structure.

The bench originally spread throughout Europe and Asia, before the chair: welcomed more people, but forced to sit upright and uncomfortable.

In the Tuscan Renaissance, the "Bench with dossal" rests on grooved feet and has an espalier open day built by a series of elegant Ionic columns or turned banisters.

In the French specimens it is called "Banc" and it is a very solid rustic piece of furniture that was placed in front of the fireplace from where it was never moved even for meals: the dining table was approached. The chair destined to house only one person is used initially only for priests and princes: it was, in fact, an aristocratic prerogative to differentiate itself from the crowd and sit apart, as if on a throne.

One of the first seats for one person is faldistorio and can be found in use as early as 1100. Derived from the Lombard and Roman "Sella di Plicatilis" Saddle, it is made of iron and rests on two pairs of crossed mobile supports, joined at the end upper with one or more strips of leather that support the padding.

The Faldistori in carved and carved wood, very rare, have a slight inflection in the shape of "S" by the double scissors (Very famous is still preserved today in the convent of Nonnberg near Salzburg, is decorated with applications in carved ivory).

The "chair" and the "scanno", typical elements of the ecclesiastical furnishings have nothing to do with the chair proper, which appears in Europe at the beginning of the fifteenth century. The first slatted or scissor chairs were probably born from the fusion of the Roman curulis saddle with the Arabian field chair.

A compromise between two types of civilization, under the banner of the authority of a leader.

They are built with a series of scissor strips mounted on pins; the espalier is formed by a horizontal tablet with a contoured outline, where the slats are inserted.

In Tuscany, these specimens, which are conserved with some variations for the whole 1500, are called with a popular term to "iccasse" that is to "X".

In the rooms of Savonarola in the Florentine convent of San Marco you can still admire the chair where the friar used to sit: it is precisely the original "Savonarola" that descends from the "Curulis saddle", of which the typical "X".

La Savonarola has a certain number of wooden slats, from 8 to 12, curved in serpentine and crossed with scissors that are grafted at the bottom in a foot and at the top in 2 straight arms.

The dorsal is formed by a shaped tablet fixed at the end of the armrests and decorated with simple carvings. 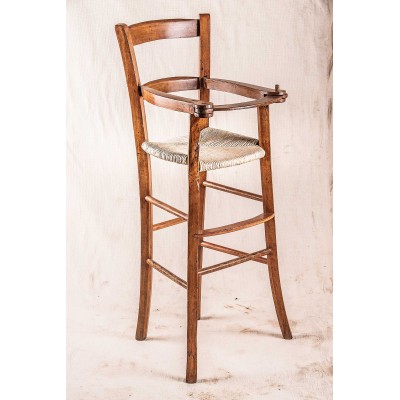 The high chair is made of fruit wood with padded seat, carried out in a recent restoration. 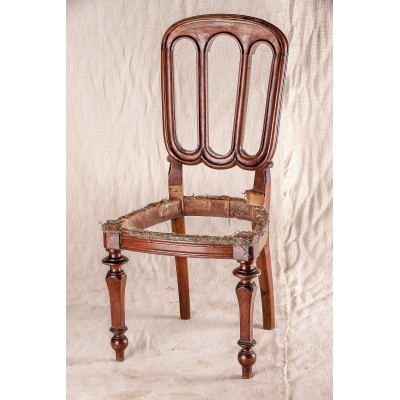 Walnut chair in the typical "Milanese style" from mid-nineteenth century. It needs cleaning and polishing and then re-upholstered. 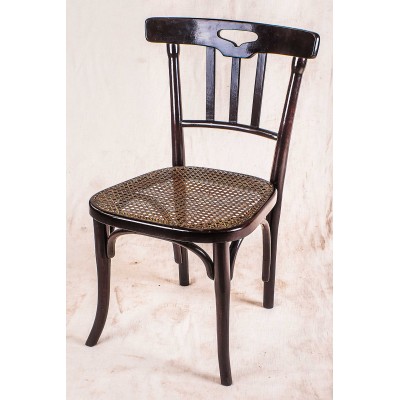 This Thonet chair in black paint with seat in cane has a straight but concave back.

This Thonet chair in black paint with seat in cane has a straight but concave back. 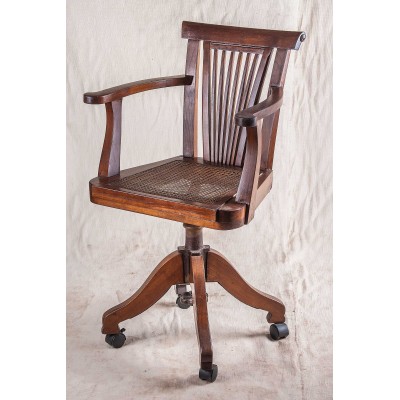 A swivel chair that allows you to have different seat heights, since it was designed as a chair for hairdressers. 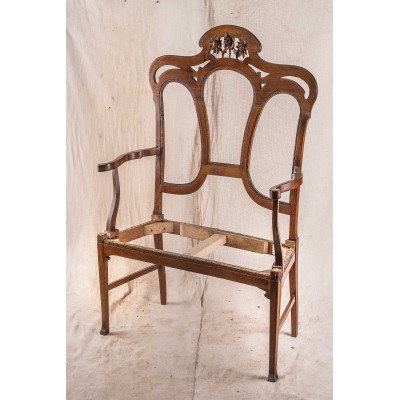 The living room consists of a sofa, two armchairs and four chairs. 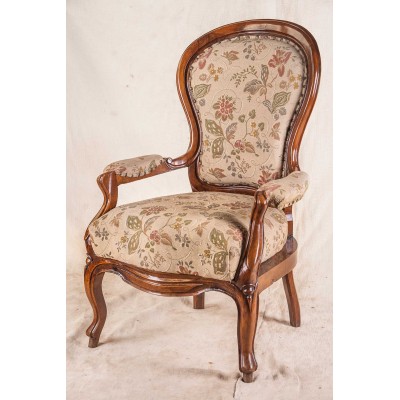 The chair is of a good style and appropriate dimensions. 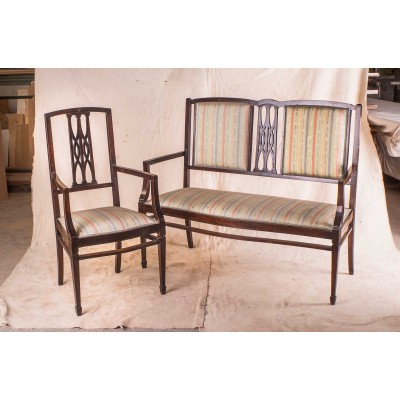 A sofa and armchair is with solid wooden frame mahogany coloured and upholstered in fabric. 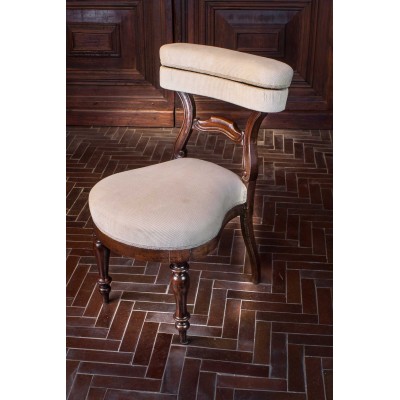 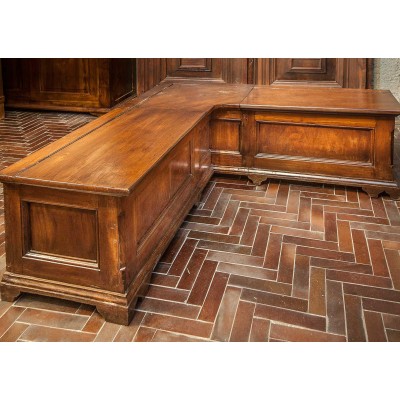