the Chest of drawers

the Chest of drawers

Achilles Campanile from In the countryside is another thing, 1931

The chest of drawers is a piece of furniture with drawers that appeared between the end of the sixteenth and the beginning of the seventeenth century, used for storing garments and linens to replace the caisson, from which it probably derives.

The first Italian cassettone specimens are four or five large and tall drawers; the furniture line is massive and imposing, as appears from the Genoese "bambocci" chest of drawers, rich in inlays and sculptures and resting mostly on lion's legs.

In the century XVII this structure is lightened with the raising of the supports that turn into more or less curved legs according to the styles, while the shape of the piece of furniture remains simple and linear.

Then the corners are blunted, the line tends to undulate to become fully eighteenth century curve and swollen in the sides and in the facades to bombé or "serpentine". The elegant French chests of the time, inlaid, with bronze or chiseled silver decorations, had great influence in Piedmont and Liguria, where we find specimens with elaborate inlays in precious woods, or lacquered and painted. In the last decades of the century, the "half-moon" chest of drawers inlaid with medallion motifs with views of ruins or decorated with colored lacquers appears.

In Milan he works the most famous Italian cabinetmaker, Giuseppe Maggiolini, creator of elegantly decorated chest of drawers with inlaid neoclassical motifs. True masterpieces for the harmony of colors, the softness of the lines and the beauty of the lacquers are the Venetian chest of drawers of the eighteenth century.

The term cassettone is linked to the bedroom drawers, differentiating from the dresser, derivation of the French word commode, term used to define the chest of a certain aesthetic value that lends itself to furnished all the rooms of the house. 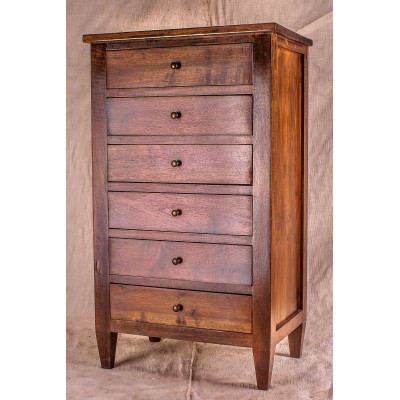 Made of walnut with six drawer, crafted by a good carpenter. 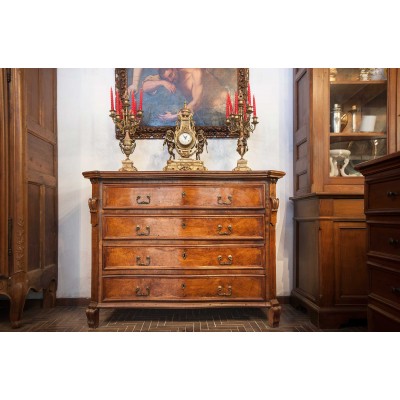 The dresser is in light walnut wood.

The walnut wood dresser with four drawers, with inlaid walnut frontal, has the front corners rotated by 45 degrees and inlaid. 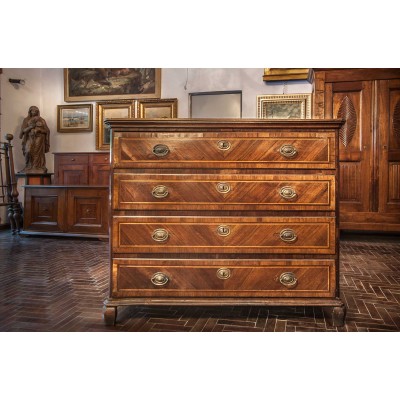 Walnut wood dresser with 4 drawers shaped with a middle band. 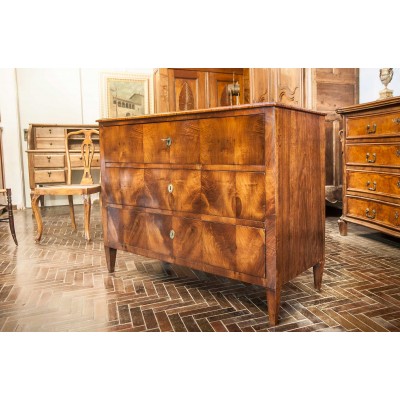 Commode of the period Louis...

Dresser with three drawers fully veneered in walnut (or with part of the tree trunk with walnut move grain and coupled mirroring the direction... 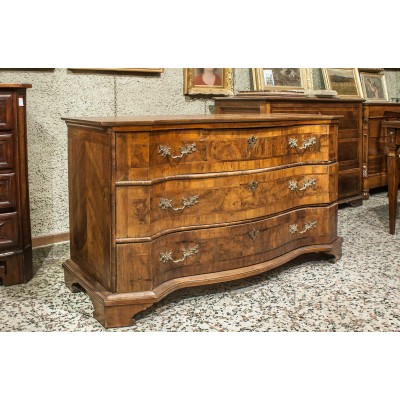 The cabinet is made of pine and used for different functions and easily placed in different rooms of the house.