"Some dream of having a large pool, I prefer the wardrobes!"

The cupboard was already used in the Hellenistic age and was later adopted by the Romans who, as a weapon, coined the term armarium: place to keep arms, even if it is not possible to categorically deduce that originally it was only for this purpose because even then papyrus rolls and codes were also stored there.

A few centuries later, in the vernacular as an armory, it was usually dug into walls or rock and was well bolted; as furniture it was used in the monasteries and churches of high-medieval Europe. In the fourteenth century appear the real closets, with two-door opening, of which in the chapel of Santa Maria all'Arena in Padua is preserved a specimen in Gothic style.

In the Renaissance they will become more and more widespread in all the social classes and will be embellished by rich inlays on the two doors, as well as welcoming the ornamental motifs of the architecture of the time.

In the sixteenth century the piece of furniture will definitively take on the vertical aspect to contain books and papers of a merchant or scholar, and about a hundred years later a carved cimasa will be added, and the joinery will detach from the architecture thus creating products with autonomous forms ( very influential on the style of the eighteenth century, characterized by the famous eighteenth-century "move", as well as various decorations in different countries of Europe.

In Germany and the Netherlands it will acquire an impressive appearance and the façade will be enriched with "diamond-tipped" carved panels, while in France it will be embellished with metal applications and ornaments. After the period of the Empire, during which the straight shape was restored, throughout the nineteenth century the Renaissance wardrobe will remain widespread, while nowadays we tend to replace this style to one with a more simplified and modular line, less flashy and more functional. 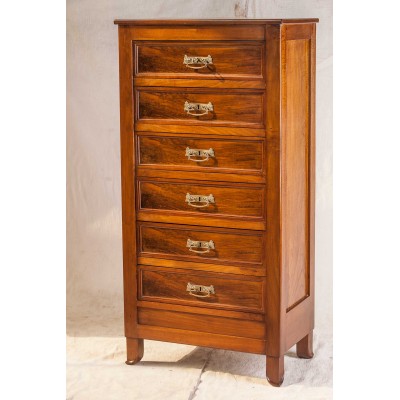 The cabinet of six drawers are of solid walnut, even in the internal of the structure. 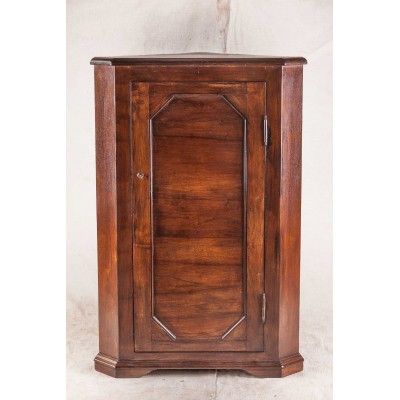 The piece is in walnut and is elegant in its design. 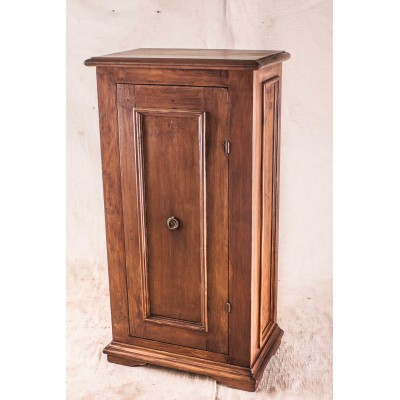 The cabinet is in walnut wood, of sober elegant lines, with a door that bears a central medallion with a ring metal pendant for the opening.... 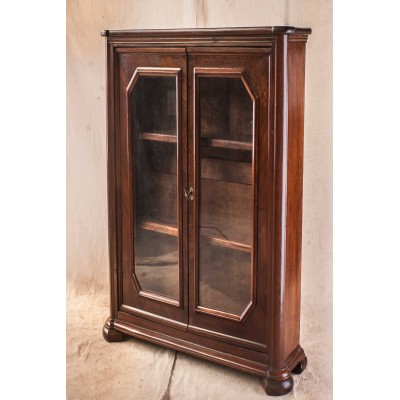 The furniture is in light walnut wood with two glazed doors. 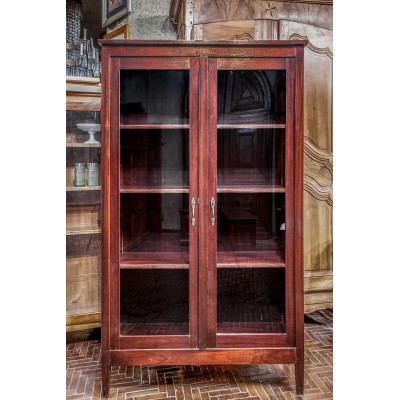 It is a simple and sober piece with two doors in mahogany wood with glass shelves, typically used as a display, such as a cupboard for dishes or... 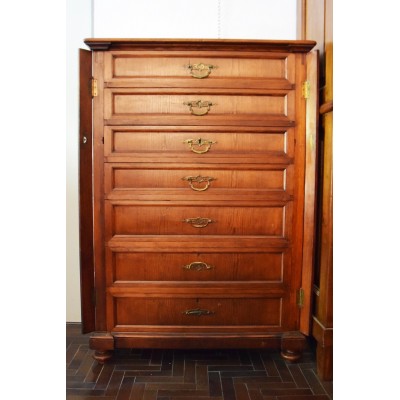 The cabinet has seven wooden drawers with side bands, each one with locks to close and block all the drawers. 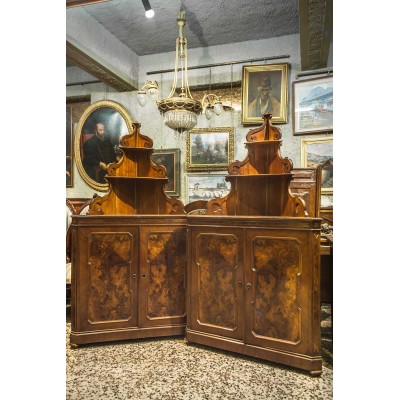